Springtime on the Ranch

A lot has happened on the ranch since I wrote last.  We've brought in more bison calves, fertilized the entire place, planted grass and clover in one of the pastures, and planted some Doc's Wildlife Blend seed in two food plots just to name a few things.  Needless to say, it's been busy around here.

About two and a half weeks ago we got 6 inches of snow.  This last week it's been 70 degrees and sunny.  It's crazy how much everything has greened up!  The dogwoods are blooming and it seems that spring is here.

I have to tell you all about the bison calf we call Tipsy.  A week before Easter, I was checking the animals one last time before I took off to Nebraska for my daughters baptism.  I noticed this calf had his head caught between a gate and the fence.  It looked like he had been there all night long because he was in really bad shape.  His skin was rubbed raw in a few spots and he was weak from the struggle.  Since he was stuck on a perimeter fence, cutting the fence and letting him go to the other side was not an option.  I called our neighbor Mike to come give me a hand, and while I held the 400 pound calf with a rope around his horns, he cut the fence.  It went smooth considering our predicament, but once the calf was free he took off running with the rope still around his horns and I wasn't able to get it off without being dragged across the pasture.

The problem with this is that bison are mean to other injured bison, and for the next few days the older animals picked on the calf and beat him nearly to death.  We couldn't find the calf for days, probably because he was hiding from the other bison.  When we finally did find him, he did not look good.  The first thing we had to do was tranquilize him, take the rope off his horns, and give him a shot of some strong meds.  We moved the other bison out of that pasture so he could recover in peace, but I really didn't think he would make it.  He laid on his side for 2 days and didn't show any sign of improvement.

He was still laying there when Kristies family came down to spend Easter weekend with me on the ranch, so at least then I had some help.  We decided that if he didn't get up and get to water he would surely die, so my brother in law helped me get him to his feet.

We got him up several times but he wouldn't make it more than 40 yards before he'd fall over.  We had to give up.

The next day expecting the worst, we found him again laying down but still alive.  We tried to pour water in his mouth and give him some feed, but he wouldn't really eat.  It was obvious that he was really thirsty because he didn't fight the water at all.  When we got him up this time, he managed to make it 200 yards to the pond where he got a good long drink.

That was 11 days ago and he's still alive, showing improvement.  I hope to have good news about a full recovery next time but for now it's still day to day. I believe that if he's made it this long he's in the clear, but he is still obviously really messed up.  Those other bison really did a number on the poor guy.

I planted some Doc's Wildlife Blends seed with perfect timing yesterday because we had a great rain today.  I planted an acre of Premium Clover, and 2.5 acres of Sandy Bottom Blend.  I've posted some pictures of the planting process, and I'll post more pictures when it comes up. 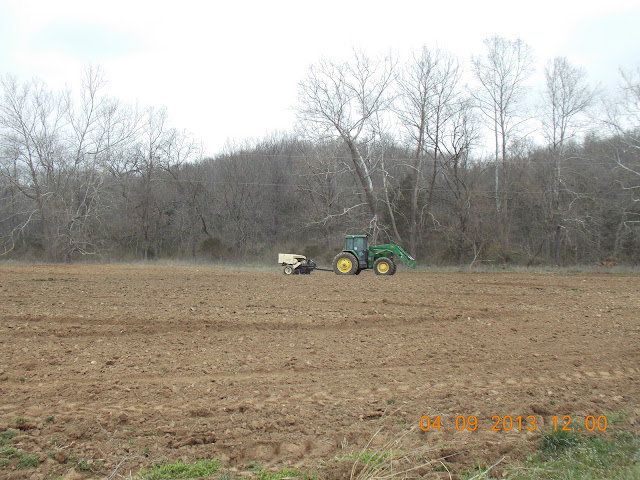 I'll also be planting 6 or 7 acres of forage soybeans, and 4 acres of corn before too long so I'll keep you posted as I go.

Planting season is an exciting time the way it is, but we are going to make it more interesting by planting 3 different brands of forage soybeans side by side to see which does the best, and which brand the deer like the best.  Call it a little friendly competition.  I'm very excited to see the results.

One last thing for all you turkey hunters out there - the toms are strutting every morning and I know exactly where to set up.  You still have time so give us a call or send me an email to book a hunt you'll never forget! 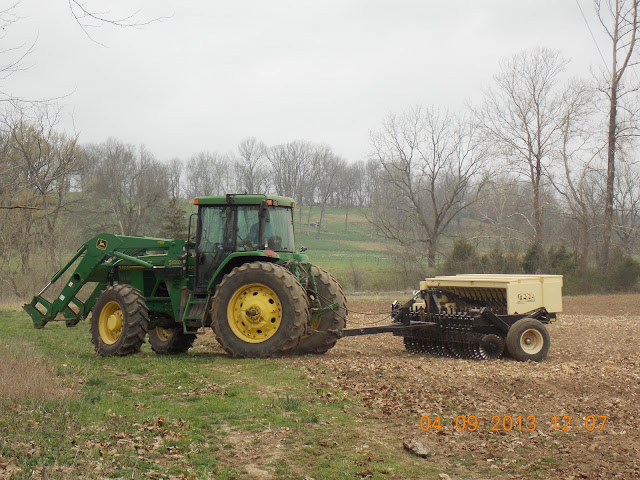 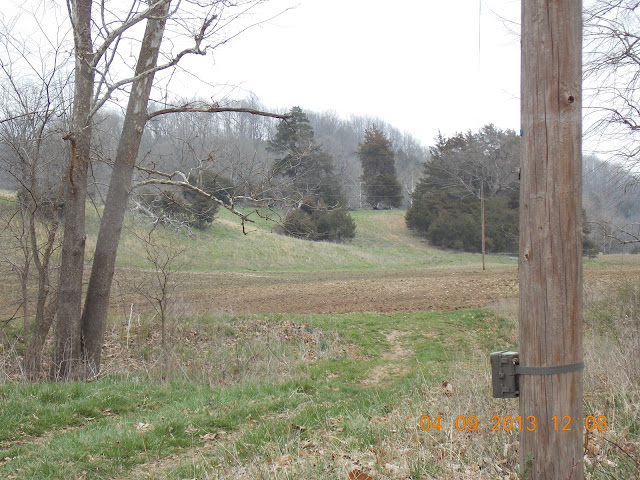